In soccer, aka association football, the kit refers to the standard equipment and attire (uniform) worn by players.  The Laws of the Game specify the minimum kit which a player must use, and also prohibit the use of anything that is dangerous to either the player or another participant.

Soccer players are generally identified by numbers on the backs of their shirts.  Initially, the numbers 1 through 11 were assigned to correspond with the playing position on the field, however over time this practice has evolved so now each player on the squad is assigned a number that remains constant for the entire season and sometimes beyond.  Most professional clubs also display the player’s name on the shirt above their number.  In the 20th century, sponsors’ logos began to appear on shirts, and replica jerseys and uniforms were made available for fans to purchase, generating significant amounts of revenue for clubs.

The Laws of the Game set out the basic equipment which must be worn by all players in Law 4.  Five separate items are required, the shirt (also known as a jersey), shorts, socks, footwear and shin pads (shin guards). 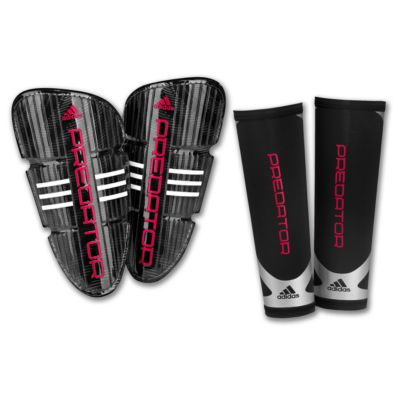 While goalkeepers are allowed to wear tracksuit bottoms instead of shorts, most do not.  The laws do not require the use of cleats, but most players use them.  Also know as football boots.  The shirts must have sleeves, either long or short is acceptable, and goalkeepers must wear shirts which are easily distinguishable from all other players and the match officials.  Undershorts may be worn, but must be the same colour as the shorts themselves. Shin pads must provide a reasonable amount of protection and be fully covered by the socks.  The only other restriction on equipment defined in the Laws of the Game is the requirement that a player “must not use equipment or wear anything that is dangerous to himself or another player”.

If both teams are wearing the same color uniform, the away team must change to a different color.  Often times, teams will have more than one uniform and designate one for home games and the other for away games.  Most clubs will identify themselves with a specific color that becomes part of the culture for both players and fans.  Teams representing countries in international competition generally wear national colors in common with other sporting teams of the same nation. These are usually based on the colors of the country’s national flag, although there are exceptions.

Shirts are normally made of a polyester mesh which is more comfortable for the player as it does not trap the sweat and body heat.  Most professional clubs have sponsors’ logos on the front of their shirts, which can generate significant levels of income.  Club and recreational organizations will also look for corporate sponsors that advertise on the jerseys as a source of revenue.  The captain of each team is usually required to wear an elasticated armband around the left sleeve in order to identify him as the captain to the referee and supporters.

Modern turf shoes are designed to be used on hard artificial turf or sand.

Most current players wear shoes made specifically for soccer, which can be made either of leather or a synthetic material.  Soccer shoes (cleats) are cut slightly below the ankles and have studs attached to the soles.  The studs may be either moulded directly to the sole or be detachable.

The Laws of the Game specify that all players, regardless of gender, must wear the same uniform.

All players are allowed to wear gloves, and goalkeepers usually wear gloves made specifically for the goalkeeper, however these are not mandated by the laws.  Since the 1980s significant advancements have been made in the design of gloves, which now feature protectors to prevent the fingers bending backwards, segmentation to allow greater flexibility, and palms made of materials designed to protect the hand and to enhance a player’s grip.   Players with sight problems may wear glasses as long as there is no risk of them falling off or breaking and thereby becoming dangerous. Most players affected choose to wear contact lenses.  Other items currently worn by players include base layers, such as compression shorts (also known as sliding shorts), base or core layer under shirts adidas’ Techfit range, Nike’s Nike Youth Pro Combat Core and Canterbury’s BaseLayer range.  Players may also choose to wear headgear to protect themselves from head injury as long as it presents no risk to the safety of the wearer or any other player.

Referees, assistant referees and fourth officials wear uniforms of a similar style to that worn by players.  Although not specified in the Laws of the Game, it is considered a principle of soccer that officials wear shirts of a different color than those worn by the players.  Black is the traditional colour worn by officials, and “the man in black” is widely used as an informal term for a referee. Sponsored shirts, such as these worn in various seasons by Paris St Germain, have become the norm.

In the 1970s clubs began to create strongly individual uniforms.   Driven by commercial concerns, other clubs soon followed suit, adding manufacturers’ logos and a higher level of trim.  In 1973, German team Eintracht Braunschweig signed a deal with local alcohol producer Jägermeister to display its logo on the front of their shirts.  Soon almost all major clubs had signed such deals, and the cost to companies who sponsor large teams has increased dramatically.  Players also began to sign sponsorship deals with individual companies.