We got the Adidas miCoach Speed_Cell on Christmas Day and were a little weary.  How many times have you paid too much for a gadget just to learn that it wasn’t all that it was hyped to be?  Well, if you were thinking that you wanted to wait to gauge initial response, wait no more.  This thing is AWESOME!
[testimonials_style_two]…or rather, it does what it says it will and gives you statistics that you can use.[/testimonials_style_two]

The SPEED_CELL itself is rather small, and so is the CONNECT, USB blue tooth communication doo-dad.  If someone were to have laid it down during the Christmas present unwrapping festivities, it would surely have been thrown out with the trash.  The SPEED_CELL itself is the size of the first knuckle of your thumb and the CONNECT doo-dad is a little smaller.  You’re better off putting everything in it’s place and leaving it there.

We got the Adidas F-50 soccer cleats that accommodate the SPEED_CELL in the bottom of the shoe, under the insert.  Both shoes appear to have a cavity for the unit, but only the left shoe had a cut-out underneath the insert to install the SPEED_CELL.

Getting started was actually a small pain.  We took the SPEED_CELL out of the package and followed the directions in the pamphlet.  They were simple – and that was nice – but a very important part was missing, and I’ll get to it in a second.  We went to miCoach.com and signed up, and then proceeded to plug in the miCoach CONNECT blue tooth doo-dad that connects the SPEED_CELL to the computer.  We really expected to see something great when we started the program, but instead we just got a message that said “No Devices Detected”. 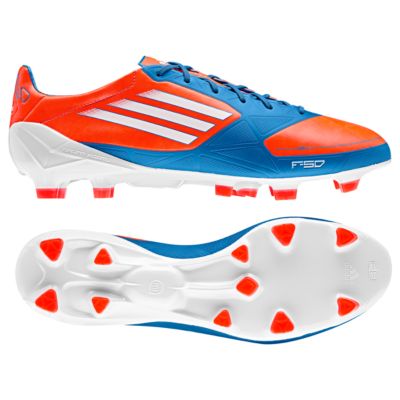 We tried 7 or 8 different times with the lap top and every time it failed.  Looking over the directions again, there were only two possible reasons it wouldn’t work:

At this point, we assumed the battery was dead, so one of us had to drive 6  miles to Target and back.  We also thought the problem might actually be with the lap top, so we used a PC the next go-round, and that’s where we discovered the problem.  We downloaded and installed the software on the PC and started the program.  When we entered our login credentials, we got an error message that said we hadn’t confirmed our registration yet.  Nowhere in the directions did it state that registration was even mandatory for it’s operation!  So, we went to our inbox and there was the confirmation email.  Once confirmed, we restarted the program and the unit was finally recognized. We were ready for testing!

We tested the SPEED_CELL with 9 year old soccer phenom, Noah Slatton at an empty football field.  We weren’t sure what to expect, so we did some goalkeeping drills, played some Panna (your legs are the goal), ran a quick foot race, then kicked some field goals.  We understood the SPEED_CELL to store activity data, but had no idea how the data would be displayed or what it would record, so we just threw everything at it.

The interesting thing about the Speed_Cell is that it’s always on.  When we checked the data, it recorded everything from the moment the shoe was put on to when we arrived back at the headquarters.  That might sound a little confusing to decipher, but it wasn’t at all.  In about 2 minutes, we were able to figure out when the shoe was put on, identify the car ride to the field, and tell when we arrived.  We could also tell when he was just jogging for the ball or running his sprint, as well as how fast (17+ miles per hour) and how far (.01 miles).  The SPEED_CELL broke all activity down into bar and pie charts, identifying sprints, jogging, running and walking. 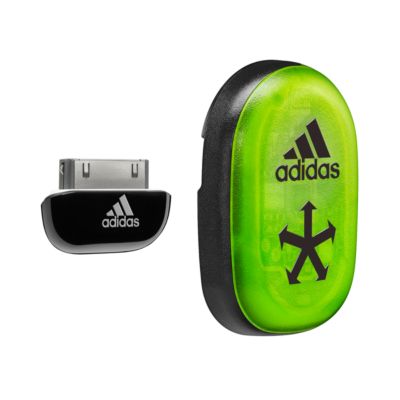 What makes the adidas miCoach SPEED_CELL terribly easy is the fact that it never has to be removed from the shoe, and the data collection is as simple as opening up the program or app on your computer or iPhone. 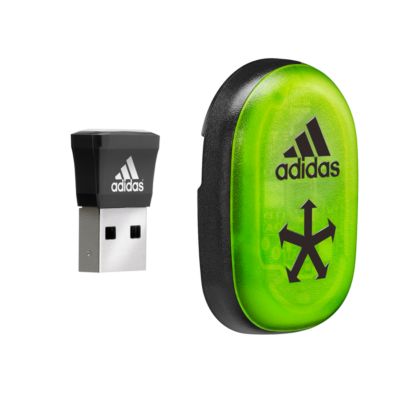 The Adidas miCoach is a top notch gadget that does what it says it will, in glorious fashion.  We give it 5 stars.